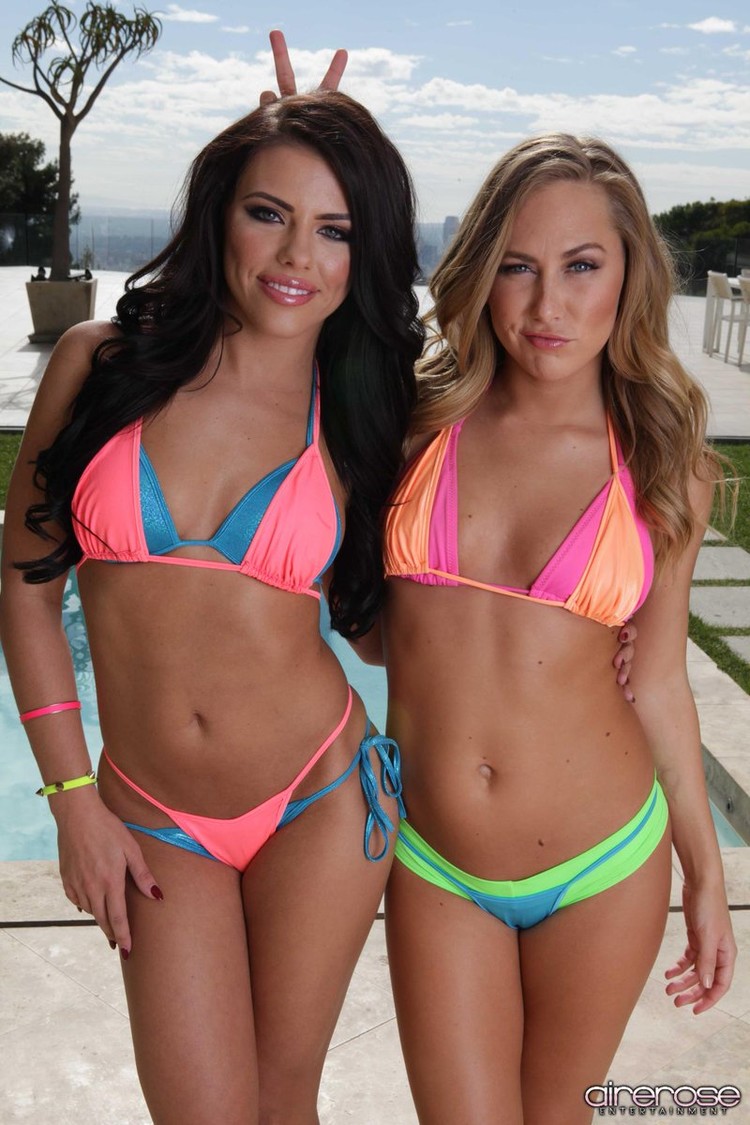 The second scene begins with another interview piece between Carter and our director that runs pretty long in comparison to the first scene, but still gives a fairly interesting amount of info for those who consider the pre-scene interview to be useful (for whatever reason). A lot of the talk consists of some of the more aggressive scenes that she's been involved with, fading into Carter and Adriana Chechik looking absolutely gorgeous as they lay out in the sun in colorful bikini's while chatting it up. They eventually decide to snag a cheese pizza (good call), and the scene sets up with the never-overused theme, where James Deen plays the role of pizza slinger. Without much fluff things get moving as both girls fall to their knees in complete cock-lust, throttling Deen's dong into their cakehole's like a couple of vagrants eating Thanksgiving dinner in a homeless shelter. The sex keeps things moving SO well, with Adriana showing us exactly why she's the one to beat this year, not stealing the show or making it about her, but still playing a vital role in making it shine on such epic levels. Things have a very old school feel throughout, with a seemingly limitless amount of action that features three naked bodies feeding on each other and translating into porno beauty by the time it's all said and done. Whomever isn't involved in the fucking makes a concerted effort to stay involved in the action and the result is more of a masterpiece than I've ever seen in an Airerose movie, and one of the best scenes I've watched this entire year, to be honest. Things cap off with James jerking himself to completion over the two open-mouthed beauties, blowing a healthy load of cock-snot over their faces before they eat their pizza and the screen fades. There isn't much more to say about this one that I haven't already said, it's fucking perfect. There's kissing, passion, filth, and pretty much anything else you could imagine a great gonzo scene having with the performances of all three being the proverbial icing on the porno cake. COOOL! 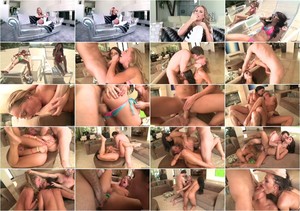